Thanks to community support this crowdfunding was successful, and first Russian language Bitcoin documentary was released October 21st, 2015. You can see the film at our youtube channel (the video has English subtitles/CC!). The film was submitted for participation into Bitfilm festival, so we hope to screen it widely around the world.

A big thank you from the authors to everyone who supported this project. Together, let’s make Bitcoin stronger and spread the word to every corner of the globe!

We are working on the first Russian language documentary film about cryptocurrencies in general and Bitcoin in particular. Initially the plan was to feature it on the Rossiya-1  state TV channel (VGTRK). But suddenly the state broadcasting company declined to air the documentary.

Despite this setback, we continue the work on this project. However, in order to finish the film and make it available to the Russian speaking audience (260+ million people worldwide), we need your help.

We ask you to support the crowdfunding for this documentary which will be Bitcoin-only. Thus, making this film the first in Russia and the whole world to be bootstrapped, funded and produced exclusively for bitcoins! Though such documentaries have been made in Europe and the USA, according to our sources, they are all funded and produced for euros and dollars. So, we have the opportunity to break the ground here.

Who is behind this project?

Our company is called Govorit I Pokazivaet (Speaking And Showing). We are a small but professional TV production team working for the documentary programming of such channels as Rossiya-1, OTR, Strim, Perviy, TVCH and many others. We started back in 2009 and since then have produced over 300 television series on different subjects and several documentaries for the above mentioned channels.

Here is an example of our documentary for the Rossiya-1 channel:

What is the background of the project?

In the summer of 2015 we finished working on the documentary requested by the VGTRK and preliminary titled “Cryptocurrencies. The Gold of the Cyberage.”

What is this film about?

The plot of the film unravels around the story of an ordinary Russian Bitcoin miner, who has lived through all stages of Bitcoin development, including both its glory days and major disasters such as the Mt.Gox exchange crash.

Many scholars of economics admit that they do not understand “the essence of money”. Even now experts in finance and economics argue about it. Is Bitcoin real money? Is it for real or will it suddenly collapse? How will cryptocurrencies impact the state and the society? In our documentary, the protagonist miner goes through all phases of working with the cryptocurrency – being skeptical at first and turning into an ardent Bitcoin enthusiast later. He conducts his own research. What is money? What forms did the money take in different times? How has the approach to backing the money changed? And finally, what is Bitcoin?

The documentary offers and tests various hypotheses on the nature of cryptocurrencies.

This project is in fact the FIRST comprehensive documentary about cryptocurrencies ever made in Russian language!

Within the prep stage we have already done a lot of work and have produced interesting and sometimes exclusive footage. We have shot the interviews with wide range of the prominent experts:

Our interviewees come from Russia, Ukraine, the USA, and Japan. Including several famous personalities from Bitcoin community, for example the most renowned Bitcoin Evangelist and crypto-businessman, Roger Ver (nicknamed Bitcoin Jesus), whose exclusive interview is also featured in the documentary.

Why has the documentary production stopped?

When most documentary materials were ready the VGTRK officials declared that the project was no more relevant for the Rossiya-1 channel and the production team was offered to cancel the contract. Undoubtedly, this was just a pretext, and the true causes of the denial run deeper and bear more complexity. Rossiya-1 is a state channel that, we believe, didn’t risk running a documentary favorable to Bitcoin, due to political climate in Russia. This sensitive subject has too much politics and economics involved. One wrong word in the script could cause political problems for responsible VGTRK managers. So they decided to kill the project.

We were offered two ways of closing the contract. We could either transfer all the original materials to the VGTRK and keep the payment, or return the prepayment and keep all materials. Understanding that all the enormous work we have done could be in wain, as the first Russian Bitcoin documentary could be put «on the shelf» for good, our team decided to do everything possible to preserve the rights for the documentary materials.

In August 2015 with the material help and financial support of Roger Ver (for which we are very grateful) we were able to obtain all rights for the documentary footage.

By that time the bitcoin’s stand in Russia had somewhat improved, and the subject had become hotly debated once again, due to the positive statements from Russia’s President and the policy changes of Central Bank of Russia regarding cryptocurrencies. It seems that the wide spread of Bitcoin in Russia and other Russian-speaking countries is currently hinging upon a dissemination of adequate and truthful information about cryptocurrencies. Perhaps the first Russian Bitcoin documentary will provide the much needed information push to tip the scales.

What is the current state of the project?

Currently we possess all the rights to the shot footage. The substantial part of the pre-production and production work has been done either on borrowed funds or limited funds of our company. We still owe to pay for the work of a lot of professionals – CGI artists, animation artists, rented shooting equipment and so on.

The documentary has never been aired or broadcasted on the Internet so far. We are considering free Internet release of the film on websites dedicated to cryptocurrencies, as a first step. We will also continue to seek its TV release via one of the public channels.

However, it’s not possible to release the film before paying the fees to the specialists we are indebted to. The sum we owe is a little over 30 BTC. So, we need to raise this amount through crowdfunding and sponsorship deals so that the documentary would see the light of the day.

If we are able to raise more, it is even better, since we need additional funds to further promote the documentary – enroll it into documentary film festivals, work on airing it on various TV channels.

Our key OBJECTIVE is to make the documentary available to millions of Russian-speaking viewers. And we, the team behind this film, ask for your help and financial support to make this possible.

We would welcome both sponsorship help and regular bitcoin donations! The names of all the sponsors and donators (if they opt for) will be listed in the closing credits of the documentary. Make your own contribution to the creation of the first Bitcoin documentary for Russian-speaking audience!

We thank you all! 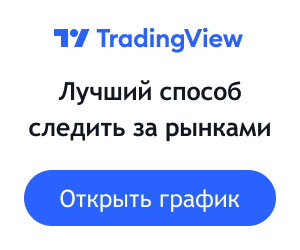 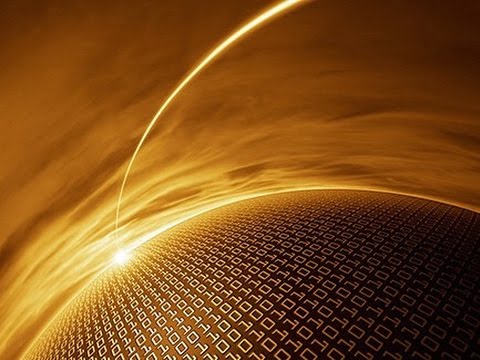